On the same latitude as Miami and Cairo, Bhutan has a climate that varies with altitude. The southern border near India is tropical with a hot, humid climate, while the Himalayan mountains in the north are blanketed with snow almost all year round. Unless you are trekking, most of your time will be spent in the central region between the two. You can get specific information here about temperatures in Bhutan.

There are two main seasons for visiting Bhutan, both of which offer the chance to visit festivals and to trek. The first is in the Spring (March to May). This is the season for wonderful flowers and birds, the days are warm and the mountain peaks are still visible for much of the time. Daytime temperatures in the main centres you are likely to be visiting are around 17 to 22 degrees Celsius, increasing through the season. It can even get much hotter – up to 28 or 30 degrees, especially in low lying areas such as Punakha or Wangdi. But nights can still be cool at this time of year, especially early in the season.

The other good time is Autumn (September to November), when there is much less rain, the skies are clear and the drying of chillies on the roofs of houses provides a very photogenic sight. In September, it is slightly wetter with the tail end of monsoon, with rainfall reducing as you go through the season.  September temperatures will be between 20 and 25 degrees Celsius, with pleasant temperatures at night, reducing by about 5 degrees during October/November when nights will also become cool again. Trekking at altitude you need to be prepared for much lower temperatures than are mentioned here.

Summer (June to August) is the monsoon season which means heavy rains, especially in the south. Mountains disappear behind the clouds and the valleys are shrouded in mist. Landslides are frequent occurrences and can cause communication and transport difficulties. However, we don’t actively discourage travel during this season, because it is still a good time to visit Paro, Thimphu, Punakha and surrounding areas in western Bhutan, as long as you are prepared for rain. Striking sights at this time of year are the electric-green rice paddies against a background of the dark forests. In late summer wild orchids are abundant. Summer temperatures will be from 25 to 30 degrees Celsius, cooler in the evenings.

Winter (December to February) can be very cold, although December to early January can be a pleasant time to visit western Bhutan, with dry, clear days. Temperatures reach an average of 15 degrees Celsius in the valleys (although nights are much colder, sometimes below freezing). Snow is frequent from mid-January to mid-February. 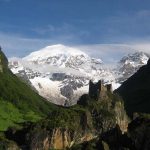 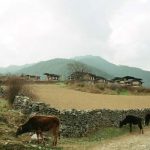 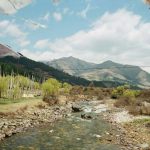